Laws change from one decade to the next, depending on what they’re related to and how hotly debated they are. 2018 law predictions are probably no secret. But, there are some may draw more attention as the beginning of the year gets nearer. Below are some of the most serious predictions of changes in U.S. law. 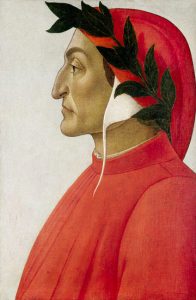 Workplace laws have not changed much in the past few decades, other than the requirement to offer health insurance to employees, for businesses with more than 50 workers. Some predictions relate to the Department of Labor exemptions for white-collar overtime. Some states are focusing in on what is termed wage theft. This can include failure to pay overtime, failure to pay minimum wage, and other actions that short workers the wages they are owed. Washington is believed to have a paid sick day law waiting for approval early in 2018.

Some states have already legalized marijuana, at least on the books. Many have not yet designated the growers they will use for prescription marijuana to those who have certain health problems. However, six states can potentially become full use, which means marijuana will become legal for recreational use. These states are Connecticut, Rhode Island, Vermont, Michigan, Ohio, and Arizona.

It is thought that states neighboring those with legalized marijuana use will jump on the band wagon, when the see the revenues generated by the legal sales of marijuana products. The states mentioned already have laws related to medical use. So, recreational use is the next logical step in the process. Some states that allow medical use have yet to set up designated growers for the pharmaceutical industry and doing so may be too costly. So, by allowing all types of use, those who may have prescriptions will have easier access, without the need for a prescription or using an out of state pharmacy.

There is plenty of infighting among republican politicians in the White House, over immigration related to children living in the U.S. If politicians don’t reach an agreement, the House could lose much of its conservative base, making it more difficult to repeal the Deferred Action on Childhood Arrivals, which makes allowances for children of migrant parents living in the U.S.